Be a Change Maker !!! Make Your Campus Ragging Free !!!

Ragging means any conduct whether by words spoken or written or by an act which has the effect of teasing, treating or handling with rudeness any other student, indulging in rowdy or undisciplined activities which causes or is likely to cause annoyance, hardship or psychological harm to raise fear or apprehension thereof in a fresher or junior student or asking the students to do any act or perform something which such student will not in the ordinary course and which has the effect of causing or generating a sense of shame or embarrassment so as to adversely affect the physique or psyche of a fresher or a junior student. The student indulging in above act is liable for punishment of suspension, debarring from examination, rustication or cancellation of admission or fine etc.

Ragging in all its forms is prohibited in the College Campus, including the departments, all its premises (academic, residential, sports, canteen, restrooms etc.), within the campus or outside it and all means of transportation whether public or private.  The provisions of the Act of the Central Government and the State Governments if enacted will consider ragging as a cognizable offence under the law on a par with rape and other atrocities against women and ill-treatment of persons belonging to SC/ ST.

You can register your complaints with the following Phone Numbers. 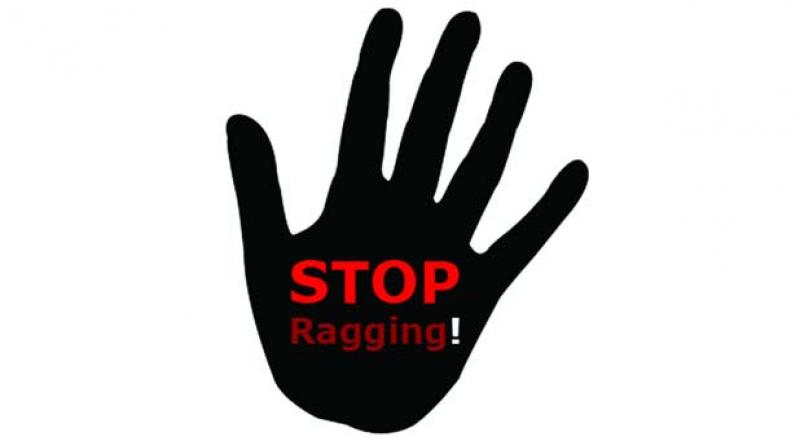